A sales funnel is an analytical tool used to monitor the efficiency of sales dynamics.

APRO CRM provides advanced sales funnels that shows how many deals there are on each stage.

For the sales funnes, go to page "Deals":

You will see current deals analytics: 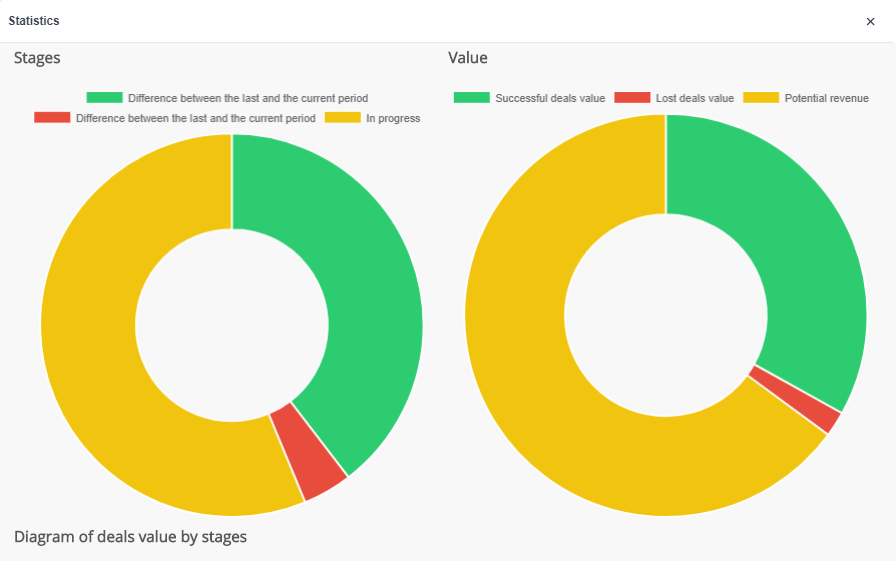 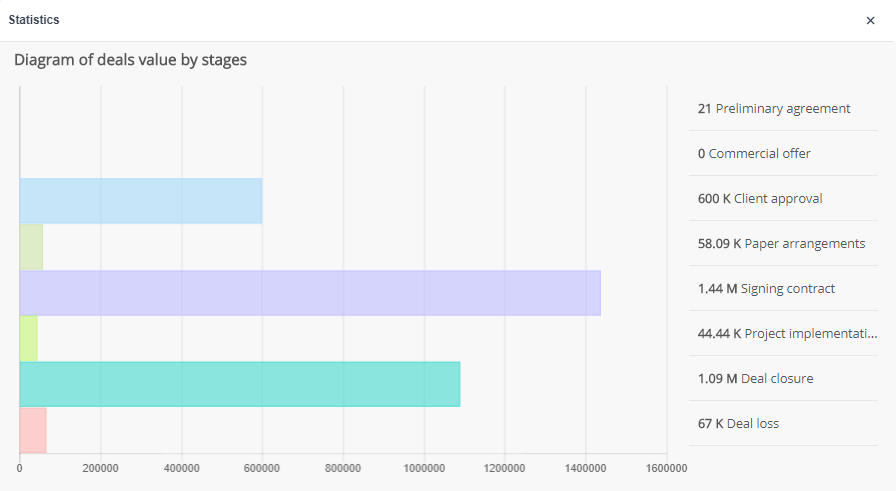 You can flexibly select the types of stages and adjust their consecutive order following these instructions.

3.1. Report — number of deals successfully closed / lost (shifted to the corresponding stages) or in processing (on intermediate stages).
3.2. Deals value — lost deals, closed deals, and the ones in progress.
3.3. Diagram of deals value by stages.
3.4. Allocation of deals created during a certain time frame by stages today.
* paragraphs 3.1 and 3.2. require setting fields associations (see Setting fields associations for reports).

The deals analytics page also displays the types of activity that deals originate from. This is a very powerful marketing tool to detect the sources bringing new deals: 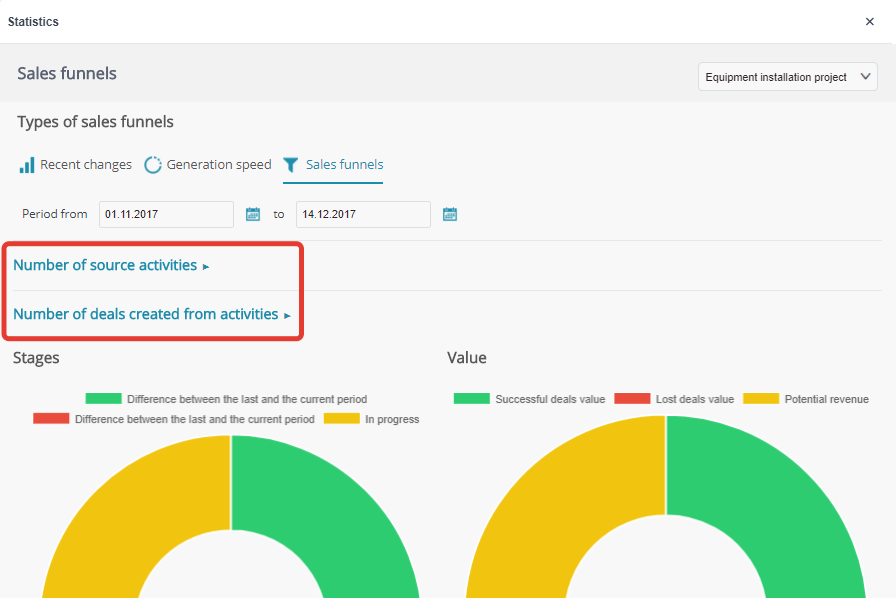 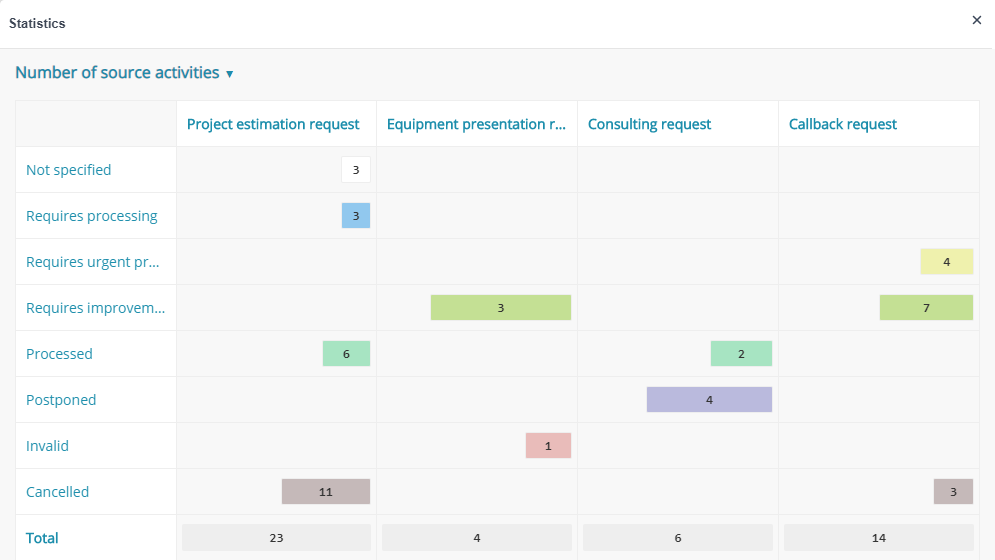 You may also be interested in: Filters and search tools
Back to Contents

APRO CRM is a SaaS cloud solution and is hosted by our servers. The CRM is flexible and can adjust to your business needs. You will be getting all the necessary assistance from your personal adviser while using the system